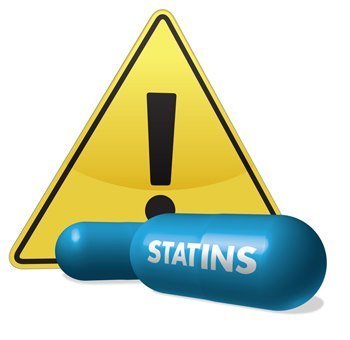 The authors of the review – including Prof. Liam Smeeth of the London School of Hygiene & Tropical Medicine in the United Kingdom – hope their findings will help patients and doctors make informed decisions about the use of statin therapy.

Elevated LDL cholesterol is a key risk factor for cardiovascular diseases, such as heart attack and stroke, and statins lower it by slowing down the production of cholesterol in the liver.

According to data from the National Health and Nutrition Examination Survey, use of cholesterol-lowering medications in the United States increased from 18 percent to 26 percent between 2003-2012, with 93 percent of these medications being statins.

While many studies have hailed the heart health benefits of statin use, others have raised concerns about the safety of statin therapy, with some researchers claiming the drugs do more harm than good.

For their review, Prof. Smeeth and colleagues conducted an in-depth analysis of different studies that have investigated outcomes in patients receiving statin therapy, with a view to gaining a better understanding of the benefits and risks the drugs may pose.

The team looked at the strengths and limitations of a variety of research, including randomized controlled trials (RCTs), meta-analyses, and observational studies.

In RCTs, the effects of a particular drug are compared with a placebo in one or more groups of patients.

These trials are best for determining cause and effect of a medication, the researchers note; random allocation of patients to the treatment or placebo groups means researchers are better able to attribute health outcomes to the drug, while “blinding” patients and researchers to what drug each participant is taking reduces bias.

Meta-analyses collect and assess evidence from a number of RCTs that have investigated the effects of the same drug, which Prof. Smeeth and team say can boost the reliability and generalizability of the findings.

According to the review authors, observational studies are probably the least reliable for determining the effects of drug treatments.

Observational studies look at the health outcomes of patients who have been given a drug as part of their standard care and compare them with people who have not been given the treatment.

However, the team notes that because doctors are likely to have given a drug to a patient for a reason, their health is likely to be different to those not taking the drug, which may influence the results.

What is more, the authors point out that patients administered a drug in routine care know they are being treated with it and are aware of what the side effects are. As such, they are more likely to attribute any side effects to the drug, while people not taking the drug are less likely to do so.

Prof. Smeeth and colleagues took all of these factors into account when assessing studies that looked at the health outcomes of patients treated with statin therapy.

By looking at large RCTs, the researchers found that every 1 millimole per liter reduction in LDL cholesterol lowered the risk of ischemic stroke, heart attack, heart-related deaths, and coronary artery bypass surgery by around 25 percent each year statin therapy was used, after the first year of treatment.

Looking at the results of meta-analyses, the researchers found that the risk of heart-related events was further lowered with larger LDL cholesterol reductions as a result of statin therapy.

As an example, the team found evidence to suggest that a 2 millimole per liter reduction in LDL cholesterol with statin therapy – 40 milligrams of atorvastatin daily – is associated with an almost 50 percent reduction in the risk of a major cardiovascular event.

While some observational studies have linked statin use with lower risk of cancer, respiratory disease, and other medical conditions, the authors say there was no evidence from RCTs that these effects are a direct result of statin therapy.

Increased risks of ischemic stoke, diabetes, and myopathy with statin use

Myopathy – a disorder characterized by muscle weakness – is one condition that emerged as being directly caused by statin use in both observational studies and RCTs, the authors report.

However, they found that the risk of developing this condition is low, with one extra case arising for every 10,000 people treated with statin therapy each year.

Observational studies identified a link between statin therapy and increased risk of hemorrhagic stroke, the team says, and RCTs suggest that statin use may increase this risk by around 20 percent.

Extrapolating this to Western populations, the researchers estimate that statin therapy may lead to an additional 10-20 cases of hemorrhagic stroke per 10,000 patients each year. Still, the team notes that reduction in ischemic stroke risk with statin therapy is significantly bigger than the increased risk of hemorrhagic stroke, so the risk of stroke overall is reduced with statin use.

While observational studies have reported that statin therapy increases the risk of muscle pain and weakness, fueling “statin intolerance,” the authors say this effect is unlikely to be a direct result of statins themselves.

From RCTs, the team found that around 10-20 cases of adverse side effects – including muscle pain and weakness – per 10,000 patients could be attributed to statin therapy each year.

Finally, the researchers found no evidence from RCTs that statins directly cause other side effects reported in observational studies, including memory loss, cataracts, kidney injury, liver disease, sleep problems, and aggression.

The benefits of statin therapy outweigh the risks

Based on their review, Prof. Smeeth and colleagues say it seems the benefits of statin therapy have been underestimated and the risks have been overestimated, largely due to misinterpretation of research.

In summary, the findings suggest every 2 millimole reduction in LDL cholesterol with a 5-year statin therapy regimen could prevent heart attack, ischemic stroke, and other cardiovascular events for 500 people at increased risk and 1,000 people with pre-existing vascular disease.

In comparison, 5 years of statin use could cause five cases of myopathy – one of which could progress to a more serious muscular condition called rhabdomyolysis if statin use is not halted – 50-100 new diabetes cases, 5-10 hemorrhagic strokes, and up to 50-100 cases of symptomatic adverse events, including muscle pain and weakness.

Overall, the authors say the best evidence of statin therapy to date suggests that the benefits far outweigh the risks.

The authors hope their review will help doctors, patients, and the general public make informed decisions regarding the use of statins.